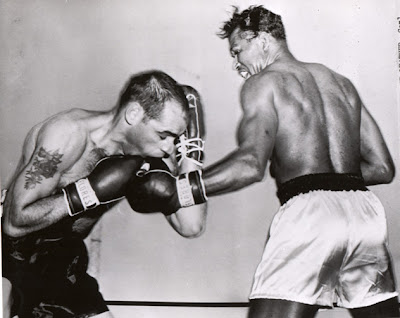 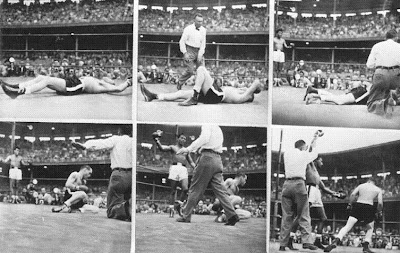 The fight was held in broad daylight in Los Angeles at Wrigley Field, Edna Mae (Robinson) wrote, "and the crowd was loud and enormous.(20,000 spectators) Both boxers were very cautious at the beginning. Olson constantly clinched with Ray, more like a wrestler than a fighter. We wondered why Referee Mushy Callahan didn't break them apart and caution them to move and fight. Sugar had said that he had observed previously that Olson would drop his right arm when he delivered a good punch with his right hand. In two minutes and fifty-one seconds of the fourth round Olson did just that, and faster than lightning, Sugar delivered a punch with his left hand to Olson's right jaw that must have made him see stars as he sagged to the canvas like a bag of cement. The roar of the crowd was music to my ears."1

"I was hit well in the body in the third round, and that punch was Bobo's ruination. After he hit me in the body, I lagged my left, and that gave him confidence. He got brave and came on in the fourth, and when he started to punch the body again, I hit him flush on the jaw with the left. It was hard, but I wasn't sure I had him until the count reached ten.....Sugar Ray Robinson 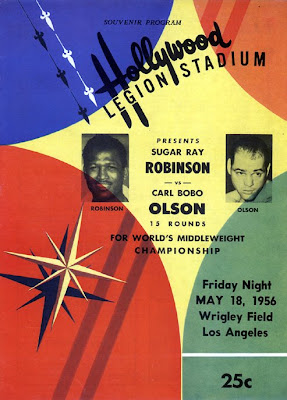 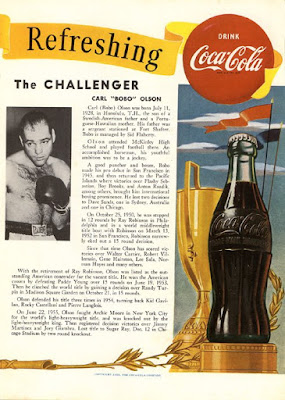 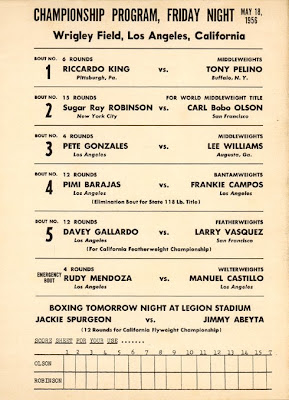