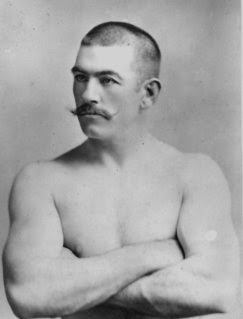 John L. Sullivan
By Randy De La O
A little late perhaps, but St. Patrick's day got me thinking of all the great Irish fighter's that have made their name in boxing over the years. From the great John L. Sullivan and James J. Corbett, to Jack Dempsey and Micky Walker, to  Barry McGuigan, and the Quarrys, Jerry and Mike and everyone in between. As far as ethnicity is concerned, they are on par with any group before or since, especially when it comes to the area of heart. 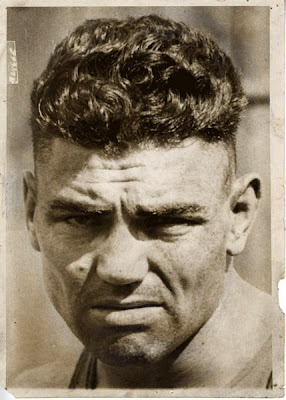 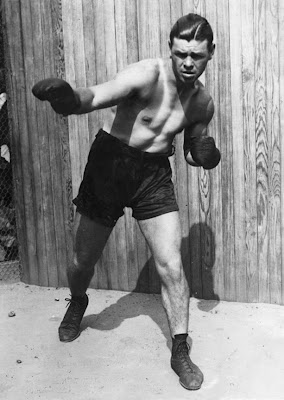 Mickey Walker
I wrote this a while back on another website. it fights in perfectly with what I am trying to say......

.......After Jack Dempsey no other fighter epitomized Boxing better than Mickey Walker during the Roaring Twenties, and surely no fighter better epitomized the Irish fighter than Walker. Quite an accomplishment in an era of great Irish fighters. Walker was pure hell in and out of the ring. He was a hard drinking, hard fighting, womanizing Son of a B****, in other words he was an Irishman. He didn't box, he threw punches nonstop round after round and Winning the Welterweight and the Middleweight Titles in the process. He was managed by the legendary manager (and con man) Jack Kearns. Walkers Moniker Was the Toy Bulldog and at five foot seven, and pug nosed he lived up to it, fighting everyone from welters to heavyweights, here's a small sampling; Jack Britton, Pete Latzo, Lew Tendler, Mike McTigue, Harry Greb, Tiger Flowers, Paul Belenbach, Ace Hudkins, Tommy loughran, Jack Sharkey, Max Scmeling, Slapsie Maxie Rosenbloom, and Young Corbett II. The final stats are; 163 bouts 93 wins 19 losses 4 draws 60 KO's 46 no decisions 1 no contest. Like old movies, cars and dames, they don't make'em like this anymore. Another tip o'the hat to the Irish. 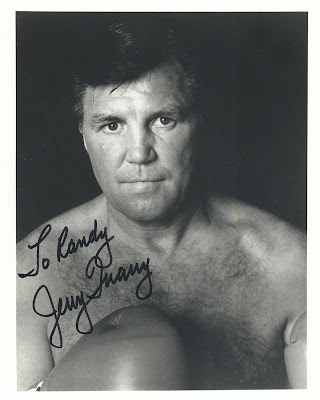