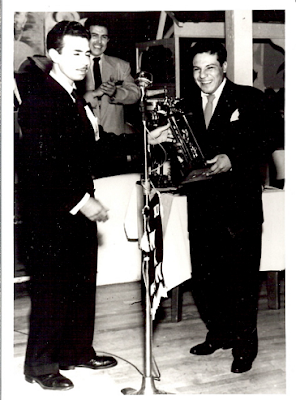 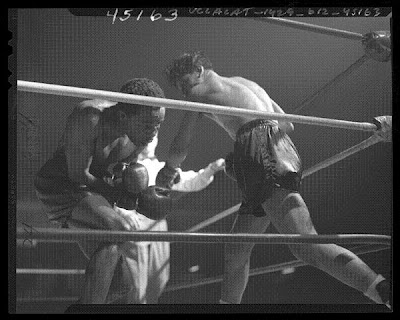 Manuel Ortiz vs Harold Dade
"Manuel Ortiz was a bit of a riddle. He took his boxing career seriously only on a few occasions. When he did he was undoubtedly one of the best lighter men of all time. A master boxer who could lure an opponent into fierce exchanges which he usually won. The worst I ever saw him was in an Olympic match with Lauro Salas, terribly out of shape.

When Manny pealed off his robe the audience actually gasped at the layers of fat around his midsection. He weighed just under 135 pounds for that one and paid the price for his misstep.
Salas pounded him easily and repeatedly until Manny had to take a voluntary knock down to stop the onslaught. He fought back on guts alone and survived without getting floored again but lost a lopsided duke.

I remember that tears streamed down his cheeks as he realized how futile his efforts were against a well conditioned foe like Lauro. It was a sight, Rick, so much so that some of us at ringside kept pleading with Lauro to let up on Manny, whom he could never kayo. In a subsequent rematch, Lauro got his come-uppance and lost the duke."