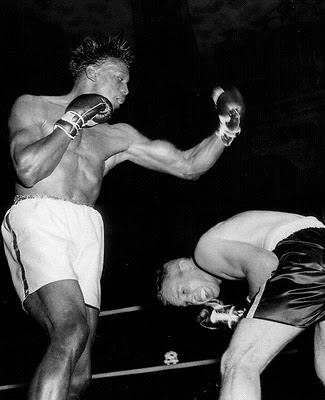 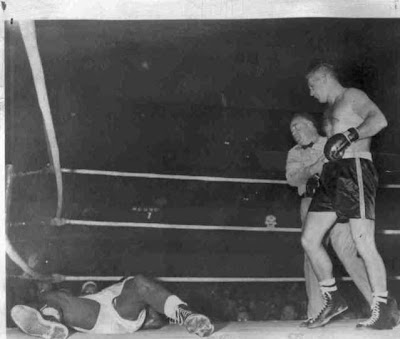 A reporter asked what he thinks the outcome will be with the undefeated Powell. My father said that" Lefty ODoul would be wise to advertise on the bottom of Powells shoes". The fight was on National Television."      Charles Norkus Jr.

Email ThisBlogThis!Share to TwitterShare to FacebookShare to Pinterest
Labels: Photos