Many thanks to Pat Ruggiero for sending me these classic old photos. Pat was one of the trainers from the old Main Street Gym in Los Angeles and learned his craft from veteran trainer and manager Ralph Gambina. Pat worked with Middleweight Mike Nixon and featherweight David Sotelo 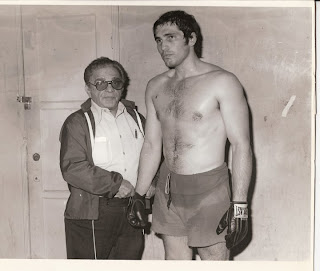 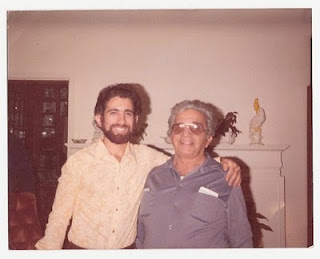 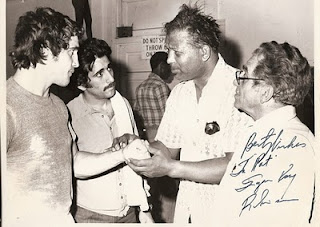 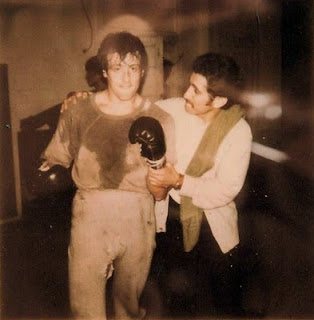 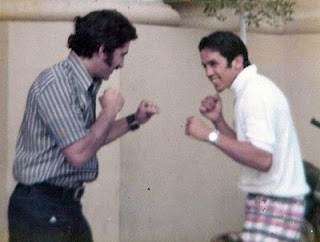 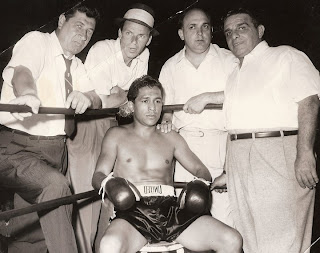 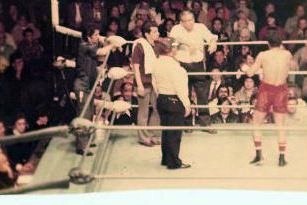 Pat Ruggerio working the corner of David Sotelo during Sotelo's
fight with Art Hafey, April 15, 1976 at the Olympic Auditorium
By Randy De La O at November 23, 2010

Mike Nixon was a helluva fighter...great hands and fast .....he beat David Love's butt in San Diego but love kept throwing low blows so Mike did it back and they stopped it with a ND....BOGUS Hope he is doing ok. Ken Becht ..San Diego