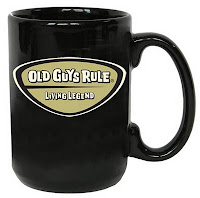 If the press conference for Saturday night's fight between Bernard Hopkins and Jean Pascal is any indication, Hopkins may have just won the preflight psychological battle over Pascal. There was a brief scuffle over Pascal’s title belt in which Hopkins appeared to dominate and then in the following stare down, Pascal couldn’t or wouldn’t meet Hopkins gaze. Hopkins came off as cool and in control, while Pascal seemed flustered and intimidated. We’ll see how that plays out in the fight.

Hopkins, at 45 years of age, has been through this countless times and has a huge edge in experience, especially in the quality of opponents. But Pascal, at 28, has the advantage of youth. Hopkin’s fights can sometimes seem dull and tedious but he always has a plan and he almost always sticks with it. If Pascal goes into the fight angry it won’t take much for Hopkins to frustrate him. Hopkins knows every trick in the book and my gut feeling is that Hopkins is going to give Pascal a spanking Saturday but the fight will go the distance.

There’s no way tp honestly predict what will happen but if hard work counts for anything Hopkins should be in great shape. Hopkins has the height and reach advantage and you can bet your last dollar that he’ll use that advantage to the fullest.

If Hopkins wins, he’ll become the oldest boxer to win a prominent world title, replacing the venerable George Foreman, who recaptured the heavyweight title by knocking out Michael Moorer in 1994, twenty years after losing the title to Muhammad Ali in 1974.

I’ll be rooting for Hopkins to win this fight. If he wins it’ll be good for boxing and it’ll be good for us old guys, but win, lose or draw, you can be sure that we are seeing the end of an amazing career and one that has had it’s share of adversity. Someday he can tell his grandkids that no one ever handed him anything on a silver platter, he earned everything the hard way. Can’t fault a man like that.