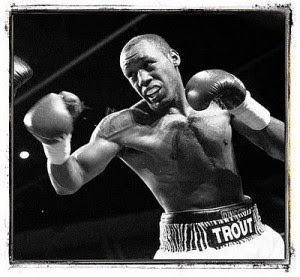 From the Boxing Tribune (Courtesy of Rick Farris)

Austin Trout (23-0, 13 KOs) made the first defense of his WBA junior middleweight title in the sweltering heat of San Luis Potosi by outworking and outboxing Mexico’s David Lopez (40-13, 23 KOs) and taking the wide unanimous decision.

From the very beginning, Trout moved effectively and showed himself to be too talented and athletic for the straight-ahead Lopez, who came forward the entire night, but wasn’t able to generate any sustained offensive attack.
Trout, well ahead and landing at a high rate, gave a solid effort for the full 12 rounds and even managed to drop the tough veteran in the 11th round.
The judges’ scorecards reflected the one-sided nature of the bout, scoring the fight: 119-109, 117-110 and 118-109. The Boxing Tribune scored the bout 119-108, also in favor of Trout.