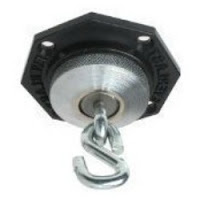 About the word "Bastid". When I first started training with Mel, he had a speed bag but no swivel. He had to keep borrowing a bag from someone. I had a swivel at home so i told Mel I would bring it in so he wouldn't have to borrow from anyone. He said okay so I did.

When it came time to hit the bag Mel started to screw the swivel in. It wouldn't go in right and Mel was starting to get impatient, as only he could. Finally, he looks at me and says "This is a bastid swivel" I thought "bastid?" What's a bastid? So I said "what?" Thinking I heard wrong. What's a bastid Mel?" he looks at me as if I was an idiot. He says "A bastid!". Again I said "What's a bastid? You don't know what a f**king bastid is? His eyes going back and forth in exasperation and despair. I was starting to feel stupid, not knowing what a bastid was. Again, a little irritated with him now but still feeling stupid I said "I never heard of it before". Astonished he said "You never heard of a bastid? Where did you grow up, under a rock" A bastid, a motherless child!!" Then the light bulb goes on. Oh, you mean a bastard?" Again looking at me like I was Gomer Pyle "That's what I said "bastid!". I decided right then and there to let it go. After that I learned to pay attention to his speaking idiosyncrasies. He never said Champion either, he said Champeen.
By Randy De La O at February 22, 2012