An open Letter to Floyd Mayweather Jr. and Manny Pacquiao 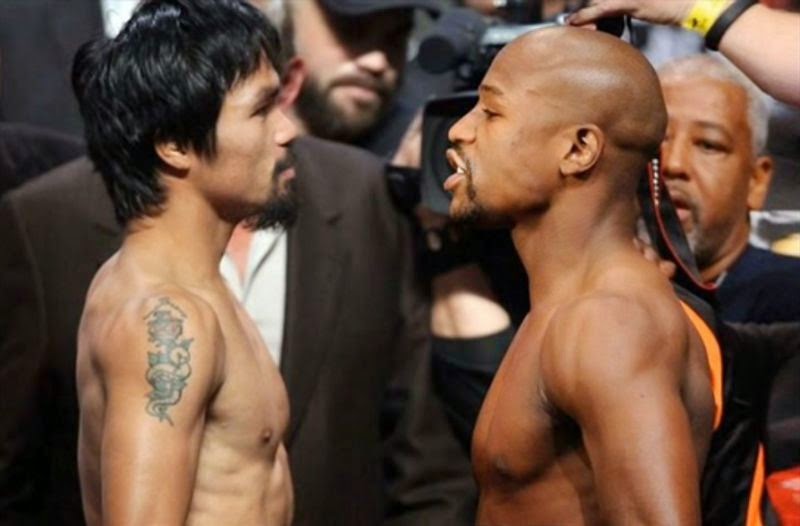 I hope you guys don't mind me addressing the two of you in one letter. I have a personal favor to ask of you, both of you. You see, it's been brought to my attention recently that the generation below me - that would be your generation – has never had a true honest to goodness “Superfight”. I'm not talking about a designated title thought up for promotional purposes. I'm talking about a “Superfight” that is immediately thrust into boxing lexicon and history with the ringing of the final bell. There is a difference.

What I'm asking guys, is that both of you, yes both of you and that means you too Floyd, reach down deep, take risks you've never taken before and give this younger generation the fight that young boxing fans have only read about, give them the fight they have been dreaming about, a fight that they will talk about thirty years from now.

I mean, c'mon, guys, you,  the promoters and everyone involved in this fight will be making an unprecedented amount of money. I can't fathom the amount. None of us can. The way I see it, you kinda owe everyone, yes, you too Manny, but more importantly you owe it to yourself, and you owe it to boxing, because I really believe if you guys don't live up to the hype, your legacies will suffer, big time.

If you don't give this generation the fight of their lives than as far as I'm concerned you will both have forfeited the right to be ranked with the Robinsons, the Louis', the Marcianos, the Alis, the Durans, the Leonards, (both Benny and Ray), the Haglers, the Hearns, the Arguellos, the Chavez' and Pryors and all the other boxing greats that have  graced our sport. Like it or not, this fight is the deal maker or the deal breaker, as far as your reputation and legacy is concerned. Give some serious thought to that.

Also, the boxing world, fans, writers, etc are looking for someone, anyone to put boxing back where it belongs, at the top of the fighting sports and on top of the sports world. I think you guys have it in you to do this but only you can make it happen. I truly believe too, that if the fight is a great one they won't give a rat's ass if you win or lose, they are going to remember the effort. I know what I'm talking about.

What I'm saying guys, is that it's time to put up or shut up, because, well, because frankly we're sick of the rhetoric and the disappointment. On top of that you've kept everyone waiting for years.  Now, I'm going to be honest, I do believe that there is one fighter that will enter the ring that night and give every fiber of his being in this fight. I also believe that there is one fighter that will most likely win, but in a less than satisfactory manner. You'll have to figure out who is who.

It comes down to this, money aside, how do you want to be remembered? The best of your generation, and nothing more, or do you want to stand shoulder to shoulder with the all time great ring immortals. You see, I'm one of those older guys that believe the fighters in my day were better , period! However, nothing would make me happier than to be proven wrong. Oh, and I'm not asking for me because I've already seen the best. The choice is yours fellas. You are either the real thing, or you are not.

Good luck to the both of you and may the best man win!