Photos and Comments Courtesy of newexicoboxing.com
Photos by Etzel Espinosa–Hoganphotos/Golden Boy Promotions
Showing no signs of ring rust after his long lay off, Las Cruces’ Austin “No Doubt” Trout (22-0, 13 KOs) scored a one-sided twelve round unanimous decision over WBA interim super welterweight titleholder Rigoberto “El Espanol” Alvarez (26-3, 19 KOs) Saturday night at the Arena Coliseo in Guadalajara, Jalisco, Mexico and claimed the vacant WBA “regular” super welterweight belt. In the 12th round Trout hurt Alvarez and was close to ending the fight. After twelve all three judges scored the bout 119-108 for Trout. Congratulations to Austin on his win and in becoming the fourth male New Mexican to win a world title in nearly 150 years of N.M. boxing history. 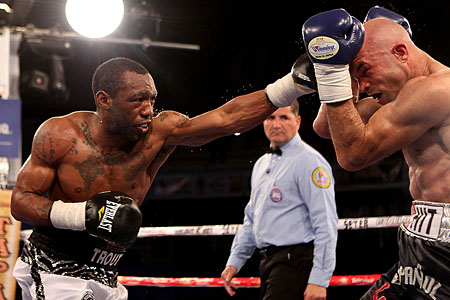 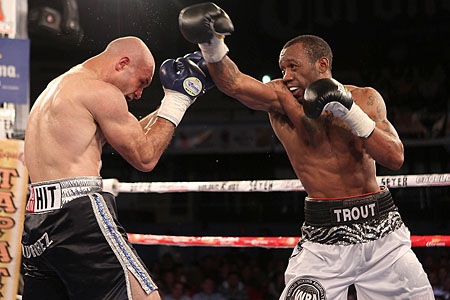