Congratulations to Connie Baltazar and to all the women being honored by the Golden State boxer's Association.

Saturday’s awards salute the “women behind the men” in boxing
Stop me if you’ve heard this one before: “Behind every great man is…?” Drumroll please…A great woman! Because with every great fighter, behind every great champion, you wouldn’t have to look too far to find a great woman who lends her invaluable support.

The gals behind the guys in boxing have to be pretty tough cookies themselves. Think about it. The girlfriends and wives of any man involved in boxing have to put up with a lot: long training sessions, spur-of-the-moment trips, plans changing on a dime, and the disappointment that the fight game can invariably bring. They may be in the shadows, but the fairer sex always knows what’s going on. They may not say anything, often taking the high road. They may have to bite their tongues and grit their teeth over and over as boxing can be an unforgiving sport. But trust me, the women are aware of everything their fighter husbands are going through!

The highs, the triumphs of the sport that their men receive are worth it. Ask anyone who’s “addicted” to the sweet science and they’ll tell you of their days in the limelight, that championship feeling, and the once-in-a-lifetime memories that boxing has given them. The men, these brave warriors, live for these moments, sometimes sacrificing their families in the hunt for glory.

And through it all are the strong, classy women in the background–who finally get to share in the victory once these fleeting moments arrive.

One California boxing organization will salute these women–these “unsung heroes” of boxing who never laced up, never traded leather, but are still every inch a champion as their male counterparts. Presenting the 1st Annual “Women Behind the Boxer” Awards is the Golden State Boxers’ Association (GSBA). The group will be hosting a “Tender Heart” gala luncheon and awards ceremony this Saturday, February 28th at Steven’s Steakhouse in Commerce, California.

“This is the very first time the women are being honored,” says President Montalvo, “My wife, Elsa, had this idea since the men usually get all the glory. She said, ‘What about the women?’ and she’s right! So with Bill and Linda Young’s help we are now honoring these women behind the boxers.” 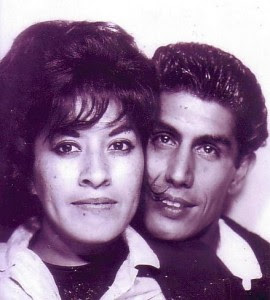 “Frank Baltazar Sr. was head of the Teamsters Boy’s Club and was involved in the Junior Golden Gloves. Connie was always there through it all,” says Rick Farris, close friend of Frank Baltazar Sr. The former fighter remembers seeing Connie Baltazar ringside at all the Los Angeles fights back in the ’60s. As wife of Frank Sr., Connie was also kept busy raising their brood of boxing boys. Sons Frankie Jr., Tony and Bobby Baltazar all fought in the ring just like their father, who literally grew up in the pugilistic sport. “Connie’s sons were boxing by the time they were five years old,” remembers Farris. “The boys were all top talents with incredible records. She was always so supportive behind her husband and sons!”

Many times the secret weapon in a boxer’s success is their steadfast and sturdy wife who is often overlooked. Come Saturday, the chicks will rule the stage, getting their chance to finally share in the spotlight.

Ladies, can you hear our applause? We salute you! Congratulations to all of these wonderful women and their contributions to boxing! 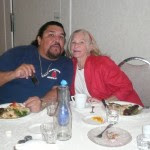 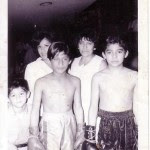 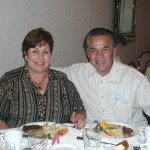