How I Met and Became Best Friends with John Martinez - By Frank Baltazar Sr. 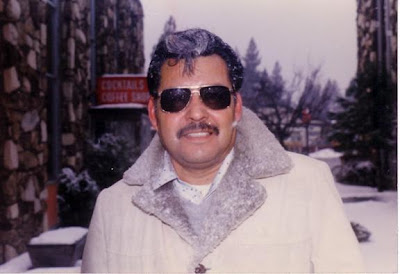 My late Best friend, John Martinez
In the early summer of 1968 I was holding a meeting at the Teamsters Gym to plan our Jr Golden Glove tournament, a new group of guys, John was among them, came to our meeting, said they were with the AAU, their leader, Tony Cerda told us that we needed to have the AAU sanction our Jr GG tournament and that they, the AAU, would run the tournament, John was one of the guys pushing hard to get me out as tournament director, I told them that they were welcome to enter their boys in the Jr. GG tournament if they liked, (they did) but, I told them I was running the tournament, that I had been running it for the last four years, their ploy didn't worked, I run the tournament in 1968 and did so for another six years after that. After that I would see John around town, he lived close to me at the time, he had a youth boxing club and he was having a benefit dance for the club at the local handball club, Connie and I decided to go to the dance, when John seen me there he looked at me like,
"what are you doing here?"
After a beer or two we started talking, after that everytime we would run into each other we would talk, soon we were visiting each others home, going out to dinner with the wives, one time during dinner John started laughing and he tells me,
"You know I didn't like you before I met you" through the years John, Bea and Connie and I became best friends. 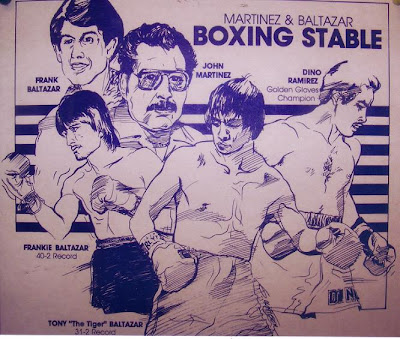 In mid-1994 John was diagnose with cancer (Leukemia), at that time Connie and I were living in San Diego, one day I received a phone call from John's wife Bea, she told me about John having cancer and that the doctors had told John that he had less then a year to live, we invited John and Bea to come down to San Diego and spent some weekends with us, (They were living in Lake Elsinore), which they did, one weekend in late 1993 we drove down to Puerto Nuevo in Baja, so that John, Bea and Connie could have lobster (Not me, don't like seafood), while we were eating I ask John if he would like a beer or a drink, he told me the doctors told him not to drink alcoholic beverages, I then asked John,
"What else did the doctors tell you?"
"Not to smoke and to kiss my ass goodby" said John
"John" I said "the doctors told you not to smoke and you're still smoking like a train, so have a drink"
He did, then had another one, after that we hire a mariachi for the rest of the day and nite, John had the mariachi sing "De Colores" more times that I can remember, we had a good time reminiscing about our boxing travels.

Thank you so much, Randy. You would have liked John.