The photos and captions are courtesy of Rick Farris 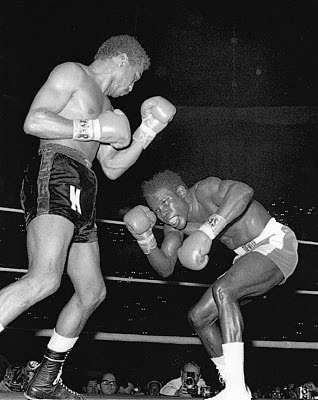 (Photo by Theo Ehret)
Jose "Manteqilla" Napoles vs. Emile Griffith
The Forum - October 17, 1969
This one is for Roger Esty. . .
Undisputed welterweight champ Jose Napoles scored a unanimous fifteen round decision over former champ Emile Griffith at the Forum. Griffith was down in the third round. 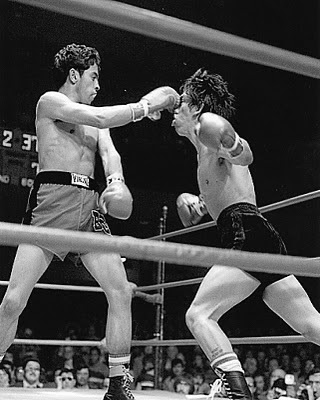 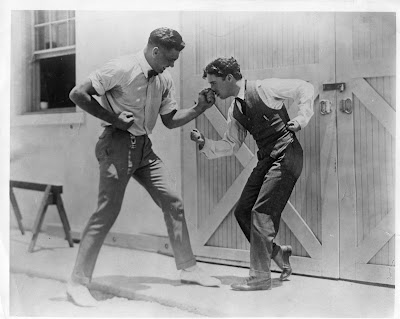 Jack Dempsey & Charlie Chaplin
The photo was taken at the Charlie Chaplin Studios on La Brea Ave. Hollywood. For more than half a century, it has been home to A&M Records. Dempsey lived in the neighborhood, a few miles away, in the Los Feliz area below Griffith Park.
By Randy De La O at January 31, 2010

Email ThisBlogThis!Share to TwitterShare to FacebookShare to Pinterest
Labels: Photos