Fight of the Century: Muhammad Ali vs Joe Frazier I 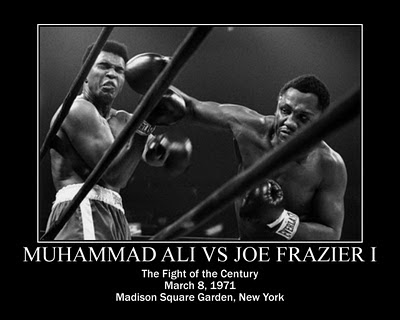 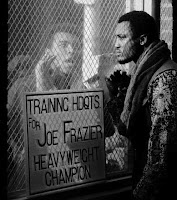 The fight was unprecedented. Two undefeated heavyweights, one the current champion, the other a champion stripped of his title and returning after an exile from boxing for refusing his draft induction. Both men had a rightful claim to the title. In the months, weeks and days leading up to the fight, the feud between Muhammad Ali and Smoking Joe Frazier took on an almost mythical and epic proportion. Forty years later, today, time has not lessened either the myth or legend, if anything, it has grown.

On March 8, 1971 the world would literally stop to watch these two men do battle. Not since the days leading up to World War II and the rematch between Joe Louis and Max Schmeling had the world given this much attention to a championship fight. Lines were drawn and sides were chosen. Ali was considered the “People’s Champion” and Frazier had been relegated by Ali as an “Uncle Tom”, though nothing could have been further from the truth.

I was a young teen when the fight took place, a junior in high school. I liked both Ali and Frazier but I honestly felt that “Smoking Joe” would win this fight. Frazier just had a way of plowing through his opponents and he owned what may be the greatest left hook in the business . I bet five bucks on Joe to win.

I will always have a special place in my heart for both Smoking Joe and Ali. We may never again see their like in the ring again doing battle against each other. In my lifetime, Frazier and Ali were the two greatest heavyweights on the planet. There have been no close seconds. This fight will always be the yardstick by which I measure every other heavyweight fight.

Over the years, Muhammad Ali has received the lion’s share of glory. He would also win the two rematches, including their final fight “The Thrilla in Manilla”, also one of boxing’s greatest heavyweight title fight. But on this night, when the world stood by with bated breath, it would be Joe Frazier that would emerge victorious. Forty years later, on this day, the glory belongs to Smoking Joe Frazier . He won the fight.

The fight was a close and exhausting battle for both fighters but it was the knockdown in the final round (the 15th) that clinched it for Joe. Joe’s famous left hook came through when he needed it most. As my father, the late great Andrew De La O liked to put it “Ali won two out of three but Joe got the knockdown”.

Their fights took a toll on both of them. They deserve to rest on their laurels. Where ever they are today I hope they know that boxing fans are eternally grateful for all that they gave whenever they stepped into the ring. Joe Frazier and Muhammad Ali were giants!

By the way, the guy never paid the five bucks!

I really wish they would make more of an effort to preserve-in the Klitscho era-the legacy of small
heavyweights like Ali and Frazier..Joe Louis etc.

Classic fight, I absolutely loved it. Hey if you want to learn how to fight and be a good boxer check out my website http://hubpages.com/hub/How-to-boxing