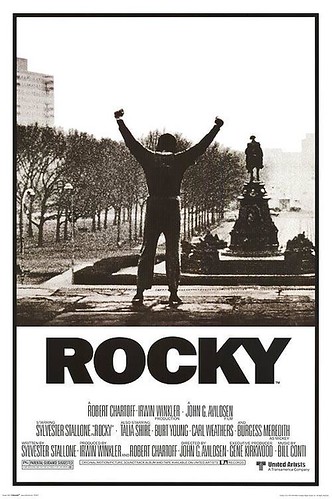 Yesterday marked the 39th year since the movie "Rocky" was released. I'm still trying to wrap my head around that. One of the great highlights of my short time in boxing was working as an extra in the movie, meeting Sylvester Stallone, having lunch with Burgess Meredith and working with some great fighters, including Mando Ramos and Monroe Brooks.

When we took a break during the scene at the Main Street Gym, where Rocky and Mickey are arguing, Monroe asked me if I wanted to spar a few rounds. I said "Okay" and I went through six rounds of boxing 101 with Monroe. Sparring with Monroe was literally an educating boxing experience. I never forgot it.

The filming at the gym took three days. I remember it all like it was yesterday.I went to the opening with my wife Jeri, my parents and my brother Dennis. When the movie was over the audience stood, cheered and clapped. We knew then that it was something special. It won the Oscar for best picture for 1976. It remains a great memory for me and it is still my favorite boxing movie. 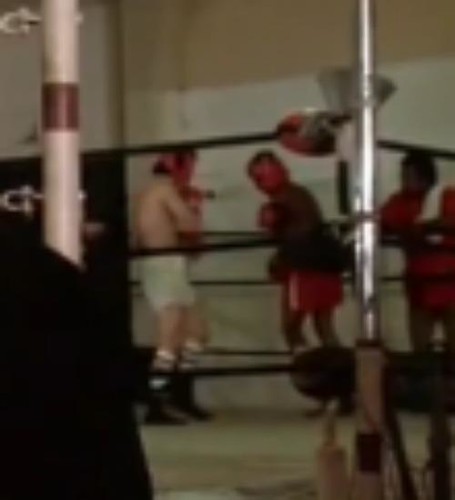 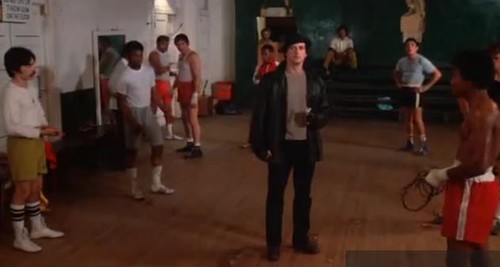 Email ThisBlogThis!Share to TwitterShare to FacebookShare to Pinterest
Labels: Rocky